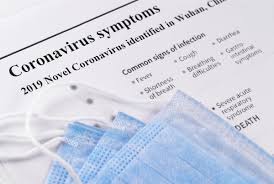 The COVID-19 Outbreak is presenting many challenges for the Michigan workplace.  Yet the law and circumstances are changing almost daily.  We are regularly monitoring and updating workplace rights resources we have found helpful.  Additional Blanchard & Walker Resource Pages and Factsheets provide more detailed discussion on specific COVID-19 topics:

END_OF_DOCUMENT_TOKEN_TO_BE_REPLACED

Many Michigan workers are being asked to report to work, either because their employer has determined they support critical infrastructure, they are other essential employees, or otherwise reopened for business.  These include health care workers, first responders, and other critical infrastructure businesses. But also grocery store workers, landscapers and construction workers in regional reopened businesses.  For those who are out at work in public during the COVID-19 outbreak, effective workplace safety is a great concern. Discrimination or retaliation for raising workplace safety concerns is illegal. END_OF_DOCUMENT_TOKEN_TO_BE_REPLACED 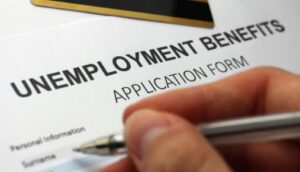 As of April 13, 2020, the Michigan Unemployment Insurance Agency has begun accepting applications for the broadest category of potential recipients under federal law reforms related to the COVID-19 pandemic. Under the various federal reforms, most Michigan workers who face job loss as a result of the COVID-19 pandemic should be eligible to receive unemployment benefits including a $600 per week federal supplement on top of basic benefits regularly provided by the state system. END_OF_DOCUMENT_TOKEN_TO_BE_REPLACED

The COVID-19 Outbreak is presenting many challenges for the Michigan workplace.  Yet the law and circumstances are changing almost daily.  We are regularly monitoring and updating workplace rights resources we have found helpful.  We are updating this material as it becomes available.  Keep in mind this is not intended to be legal advice.  Legal rights in any individual case need to be evaluated in consultation with an attorney.

As of April 13, 2020, the Michigan Unemployment Insurance Agency has begun accepting applications for the broadest category of potential recipients under federal law reforms related to the COVID-19 pandemic. END_OF_DOCUMENT_TOKEN_TO_BE_REPLACED

Attorney Angela Walker on COVID-19, advising employees, and the practice of law. This article was originally prepared for the Institute for Continuing Legal Education March 27, 2020.  The original post can be found here.

Angela Walker is a founding partner at Blanchard & Walker PLLC. Angela handles severance negotiations and career strategies for her clients. She has extensive experience with equal pay, sexual harassment, pregnancy discrimination, and disability rights cases. Here, Angela shares some of her thoughts on practicing during this time, as well as her analysis of some of the biggest issues facing employees. END_OF_DOCUMENT_TOKEN_TO_BE_REPLACED

Responding to the Coronavirus Outbreak as legal professionals means constant monitoring so that we can provide clients and callers with the most up-to-date information and advice possible.   The  Families First Coronavirus Response Act has temporarily expanded paid leave rights in two important ways: creating a paid sick leave benefit for certain workers affected by the outbreak and a 12 week paid caregiver leave for parents caring for minor children during school closures.  How does it work? END_OF_DOCUMENT_TOKEN_TO_BE_REPLACED

END_OF_DOCUMENT_TOKEN_TO_BE_REPLACED Blanchard & Walker has obtained a far-reaching settlement with the state of Michigan regarding the past, present, and future handling of unemployment claims in Michigan.  We have fought this fight for nearly two years on behalf of our clients – the UAW, Detroit’s Sugar Law Center for Economic and Social Justice, individual UIA claimants – and on behalf of all Michigan workers.  Today, the Court confirmed an unprecedented settlement and restructuring agreement with the State.  Read it here: Zynda ORD 2017-02-02 Robo Fraud Settlement and Dismissal.   Here are some of the things that we have achieved today on behalf of Michigan UIA claimants:  END_OF_DOCUMENT_TOKEN_TO_BE_REPLACED

A Federal Court Order issued January 11 will halt income tax garnishments and other collection activity for unemployment “robo-fraud” victims until there is an individualized staff review and the fraud finding is confirmed. The Order, entered by stipulation on January 11, 2017, is a huge victory for our clients and for all those affected by faulty robo-fraud determinations from October 2013 to August 2015. END_OF_DOCUMENT_TOKEN_TO_BE_REPLACED Your help is essential to put an end to the Unemployment Insurance Agency’s abusive tactics of imposing fines and wage and tax garnishments against former unemployment claimants.   Michigan’s elected representatives need to hear your voice.  On a bi-partisan vote, the Michigan House Oversight and Ethics Committee recently passed House Bill 4982 H-6, a new bill to reform the states unemployment benefits laws.  It could be voted on by the full House of Representatives and may become law – if representatives take action right now.

What would the new bill do? END_OF_DOCUMENT_TOKEN_TO_BE_REPLACED