The COVID-19 pandemic continues to present many challenges for the Michigan workplace.  The law and circumstances are changing almost daily.  We are regularly monitoring and updating workplace rights resources we have found helpful.  Additional Blanchard & Walker Resource Pages and Factsheets provide more detailed discussion on specific COVID-19 topics:

Keep in mind this is not intended to be legal advice.  Legal rights in any individual case need to be evaluated in consultation with an attorney. END_OF_DOCUMENT_TOKEN_TO_BE_REPLACED

For those who are working in public during the COVID-19 outbreak, effective workplace safety is a great concern. For everyone’s safety, violations should be reported to local public health departments and appropriate state agencies. Discrimination or retaliation for raising COVID-19 workplace safety concerns is prohibited.

END_OF_DOCUMENT_TOKEN_TO_BE_REPLACED 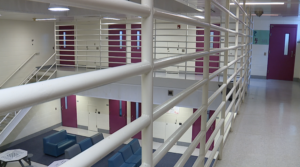 In the middle of the COVID-19 pandemic, Azanean Petty was forced to choose between her safety and her job at the Wayne County Juvenile Detention Facility when her employer denied her request to wear a protective mask while working in an environment with insufficient sanitation measures and inadequate social distancing. Ms. Petty was forced to hand in her resignation after she spoke up about safety concerns and refused to work without a mask for the protection of herself, the juvenile detainees, and the other employees in the facility.

Her attorney Angela Walker filed the Whistleblower Lawsuit in Wayne County Circuit Court.  “Although the facility had apparently received N-95 masks for their employees, they told my client she was not allowed to wear it inside where the inmates are housed END_OF_DOCUMENT_TOKEN_TO_BE_REPLACED

In a 6-2 decision that broadens First Amendment protections for public employees, the U.S. Supreme Court ruled that the lower court erred when it dismissed a lawsuit brought by a New Jersey police officer who was demoted after fellow officers saw him with a campaign sign for the challenger to the incumbent police chief.

As it turned out, the plaintiff in Heffernan v. City of Patterson was not actually supporting the challenger – he was picking up the sign for his bedridden mother. The defendants were not aware of this fact. They tried to use their ignorance to their advantage, arguing that the City should not be liable for retaliation since supervisors were actually wrong about Mr. Heffernan engaging in protected speech.